DIGITAL VS. PRINT: SUPERBIOMARKT ACHIEVES SALES UPLIFT OF 3.3% BY SHIFTING TO DIGITAL CHANNELS

With more than 30 stores in North Rhine-Westphalia and Lower Saxony, SuperBiomarkt has been an established business in western Germany since 1973 and places great value on the organic quality of its products. To promote its extensive full range of organic products, SuperBioMarkt asked Offerista for its expertise on digital marketing solutions and implemented a digital cross-channel campaign on more than 9 relevant marketing platforms.

The aim of the campaign by SuperBioMarkt and Offerista was to achieve a recognizable sales uplift in the stores through the targeted and cross-channel use of advertising – and at the same time to compare the effectiveness of print distribution and digital offer communication.

The organic supermarket chain also wanted to get to know and understand its target group better as part of the collaboration with Offerista Group. In addition to the key offline goals of the jointly implemented campaigns, the increase in traffic on its own website was a secondary goal that had to be achieved.

For the test scenario, two test areas with similar sales (Dortmund & Osnabrück) were compared with each other. For measuring the success of the joint campaign with Offerista, 9 relevant digital channels were defined in advance, on which the campaign was played out and optimized during the runtime according to predefined success KPIs (e.g. user interactions).

To be visible to the target group at every relevant touchpoint along the customer journey, it is essential to choose the right channels.

A mixture of product advertising (special offers) and discount coupons were used in addition to the receipt analysis to measure the desired uplift in the stores. The Offerista Group prepared and optimized the advertising message for each platform according to the requirements of the respective marketing channel.

* Interaction on the respective channel, e.g. a like/share, 100% view of the product video.

” Together with Offerista, we tested a complex channel mix for digital leaflet distribution and advertising in order to investigate a greater weighting of online channels for us. The campaign brought us many valuable results and convinced us due to its measurable successes. Now it’s a matter of incorporating the newly gained insights into our future planning.” 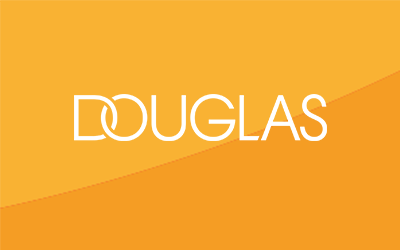